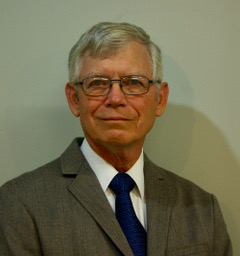 Dr. John Grant first set foot on the UM campus as a teenager.  A nighttime visit to the Kennon Observatory inspired a lifelong fascination with astronomy and, eventually, helped pave the way to a career as a professor of physics.

“I looked into the telescope saw the atmospheric bands of Jupiter and the moons around it, and I was mesmerized,” he said.

After graduating from UM, Dr. Grant taught physics, chemistry, and mathematics at high schools in Gulfport and Poplarville and began graduate studies in physics at the University of Southern Mississippi.

After joining the faculty of Pearl River Community College, located in Poplarville, he rose  to the leadership post of vice-president for instruction.  During his tenure there he expanded the curricula of a number of instructional departments and led in the development of online instruction and three satellite centers.  He derives his greatest satisfaction from having helped students and new instructors reach their personal goals.

After retiring in 2011, Dr. Grant turned his attention to several of his other interests as well as the sky.

“My wife and I like freshwater fishing.  We fish for whatever will bite.”

He also enjoys woodworking, hunting, gardening, and birding; and he continues to serve PRCC in the role of community member on the school’s institutional review board.

“I’m very glad that I got my undergraduate degree in a liberal-arts setting,” he said. “We were required to take a range of courses, including history—which is still a favorite subject.  It’s an education that left me well rounded.”

Why did you choose your major in physics?
Almost life-long interest in science.

What were some fond memories from your time at UM?
Working in the machine shop in the Department of Physics and Astronomy and graduating!

Tell us about your educational/career path since college.
I retired as Vice President for Instruction (equivalent to Provost) at Pearl River Community College. Before that I taught physics, mathematics, and other college courses for twenty one years following eleven years of teaching high school physics and chemistry.

What is the value of studying physics in today’s world?
The inclusion of physics and mathematics in the College of Liberal Arts insured that my education was perhaps broader then it may been at other universities. This is in line with my personal belief that an education should be well-rounded. I appreciated the many courses in foreign language and social sciences I was required to take.