The Department of Physics and Astronomy welcomes new faculty members Dr. Jake Bennett and Dr. Leo Stein. They will both join the department in fall 2018. 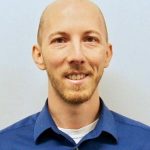 Dr. Bennett received a B.S. in Physics and Mathematics from Roanoke College and a Ph.D. in Physics from Indiana University. He did postdoctoral research at Carnegie Mellon University, where he worked with the BESIII and Belle II experiments. Dr. Bennett is an experimental elementary particle physicist. His research is primarily focused on hadron spectroscopy as a means of testing fundamental predictions of Quantum Chromodynamics (QCD), the theory of the strong nuclear force. He is currently the data production coordinator for the Belle II collaboration, which is based in Tsukuba, Japan, and boasts over 800 members from 25 countries around the world. 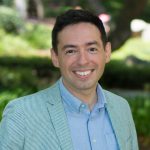 Dr. Leo Stein has just joined the Department of Physics and Astronomy at the University of Mississippi. Before coming to Ole Miss, Leo lived in sunny Southern California, where he was a Senior Postdoctoral Researcher at the California Institute of Technology (Caltech). His earlier trajectory started with a BS in Physics from Caltech (2006), followed by a PhD in Physics from MIT (2012), and he previously held a NASA Einstein Fellowship while at Cornell (2012–2015). Dr. Stein’s main research interests are in testing Einstein’s theory of gravity (general relativity) using black holes and the gravitational waves they emit when black holes smash together. Testing general relativity (GR) involves doing numerical simulations of these black hole mergers, in GR and in theories beyond GR.

Students who are interested in these new  research areas in our department  should contact the Department of Physics and Astronomy.