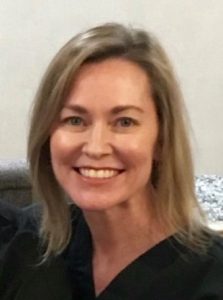 Why and when did you decide to major in physics?
I knew I wanted to go to medical school and was on the Biology major/Premed train that most of my fellow premed students were riding. I was a “math person” and did well in my two required physics classes my second year. It was then that the Physics Department was looking to expand the degrees offered to include a BA for those of us planning on going to medical  school. My professor at the time approached me and a few of my classmates to consider taking this path. Four of us that first year took him up on it and beginning our third year declared Physics as our major. We all four graduated with a BA in Physics, got into med school at UMMC our first try and went through together.

Tell us about your educational/career path.
After graduating I moved to Jackson and attended the University of Mississippi School of Medicine. Once getting my MD, I stayed in Jackson for 4 years of residency in Obstetrics and Gynecology. I married and moved to Hattiesburg to join my husband in the practice he began three years before at Methodist Hospital, now Merit Health Wesley with two other partners at the time. We are an independently owned practice of 8 OB-GYNs and 3 nurse practitioners — The Women’s Pavilion of South Mississippi, where I have practiced full-time now for 23 years. We have two daughters, Carlisle and Annalise.

What do you see as the value of studying physics in today’s world?
My background in physics has allowed me to better understand many of the everyday tools that we see used in medicine. Lasers for our surgeries, lenses in our many optical instruments, sound waves in ultrasounds, x-rays, CT scanners, magnets in our MRI machines… on and on. In my medical school interviews, there were always questions about my major as it was fairly novel and set me apart. I feel that alone gave value to my application. Also it’s one of my husband’s favorite party tricks—letting people know I was a Physics Geek. 🙂