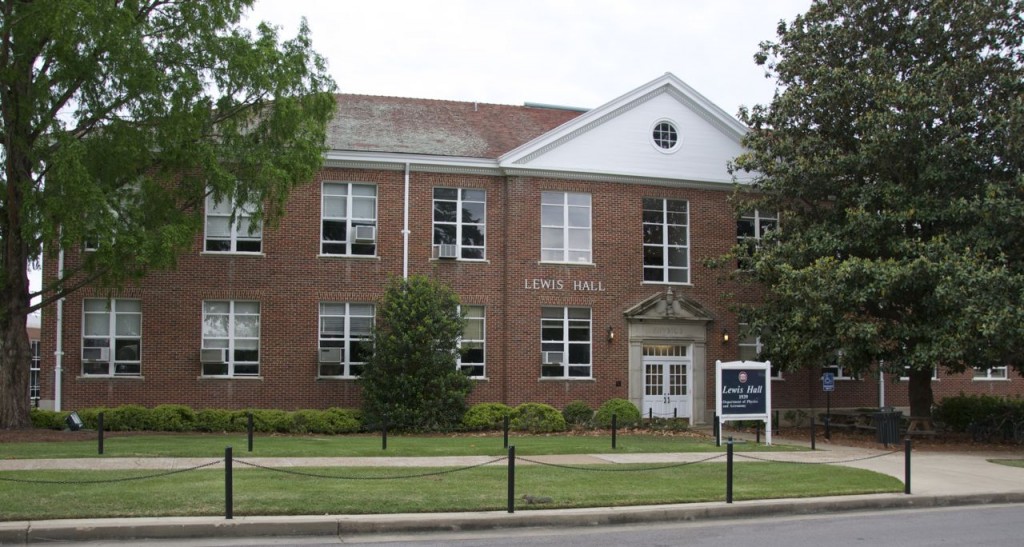 Lewis Hall, home of the Department of Physics and Astronomy

The Department of Physics and Astronomy is housed primarily in Lewis Hall. Seven faculty and many of the physics graduate students have offices and research space in the Jamie Whitten National Center for Physical Acoustics nearby on campus. The department also uses Kennon Observatory and the Accelerator Building, both of which are adjacent to Lewis Hall.

Nine of the rooms in Lewis Hall are used for teaching laboratories in undergraduate physics and astronomy courses. These include upper-division labs for electronics, optics, and modern physics. The main lecture hall is equipped with a multimedia projection system and has the capability for showing computer-based presentations. A portable multimedia system is used in the other lecture rooms. The department also staffs a tutoring center for undergraduates in physics and astronomy courses. The tutoring center provides access to computers similar to those used in the undergraduate labs for preparation of lab reports. 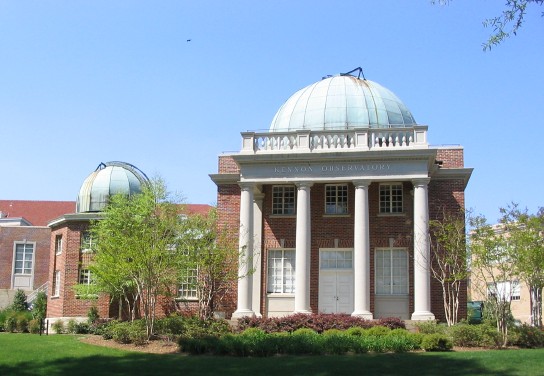 The department has a variety of telescopes used in astronomy laboratories. These include a portable 25-inch Dobsonian telescope, a 15-inch refracting telescope (the Grubb Twin Equatorial Telescope, purchased in 1892) mounted in the large dome of Kennon Observatory, and a 17-inch Plane Wave Corrected Dall Kirkham (CDK) telescope on a Paramount ME mount and outfitted with a CCD camera is mounted in the small dome. Additional 8-inch and 12-inch portable telescopes are also used for astronomy lab courses.

The Jamie Whitten National Center for Physical Acoustics, a few minutes’ walk from Lewis Hall, contains the technical and support facilities of a world-class research program. This facility includes a high-bay laboratory, an anechoic chamber, and a large open bay with subsonic and supersonic wind tunnels. Smaller laboratory rooms are electromagnetically and mechanically isolated, and the 80-seat auditorium is acoustically isolated. Supporting the acoustics research effort are an electronics shop, a carpentry shop, and a fully-equipped machine shop.

The Department of Physics and Astronomy has access to the extensive research and computing facilities of The University of Mississippi. Books, bound journals, and current periodicals pertaining to physics are housed in the J.D. Williams Library, which is located near Lewis Hall. Researchers on campus have easy access to facilities of the Mississippi Center for Supercomputing Research. Storage space for research and course web pages is available on the University’s mainframe computer servers. The University is also part of the Internet 2 Consortium, and the department will take advantage of these improvements in bandwidth for communications with collaborators at other Internet 2 sites.