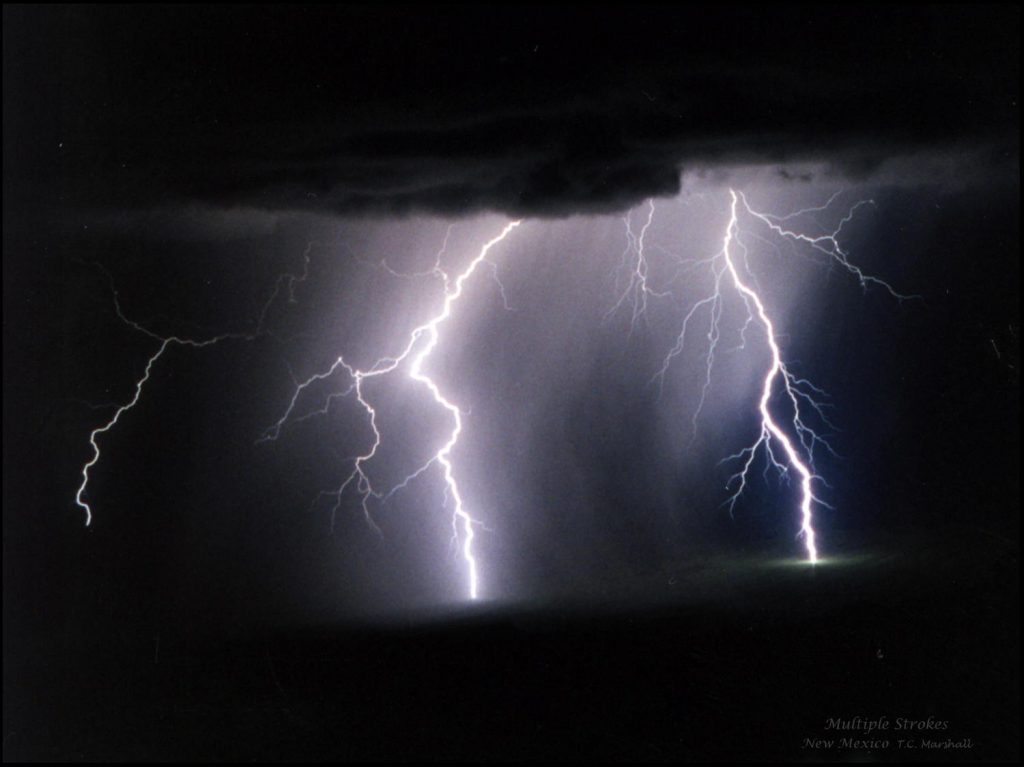 Thunderstorm electricity is the main focus of the atmospheric physics group at the University of Mississippi. Although this subject has been investigated for over 250 years, surprisingly little is known about the internal electrical structure of thunderstorms, about the mechanisms that produce that electrical structure, or about its time evolution.

Lightning flashes are also mysterious in several ways and are the subject of most research by the atmospheric physics group. When a lightning flash initiates in a thunderstorm, the initiation processes turn the normally non-conducting air into a short, thin conductor called the lightning channel. Once the channel is established, the flash can move many kilometers on its own by extending the channel through a well-understood process called the stepped leader. However, we still do not understand exactly what physical mechanisms cause the first sparks of a lightning flash and how those sparks change the non-conducting air into the thin, conducting path. Our recent NSF-sponsored research has advanced knowledge of lightning initiation in several ways, including providing the first and highest time-resolved video pictures (at 50,000 frames/second) of the “initial leader” of lightning initiation and identifying a VHF event and an electrostatic field change that seem to start the initial leader. Current research seeks to learn more about lightning initiation and lightning propagation by using an array of electromagnetic sensors (Electric field change, VHF, and dE/dt) distributed at nine sites across northern Mississippi. The project also uses high speed video cameras to obtain pictures of lightning initiation. These lightning data are being used to gain a better understanding of the mechanisms that start a lightning flash via modeling studies.

For a list of publications please see the Publons page for Maribeth Stolzenburg.